Scientists continue to push solar panels to be more efficient, and there is a new record to report: A new solar cell achieves an efficiency of 39.5 percent under standard 1-sun global lighting conditions.
The 1-sun mark is just a standardized way to measure a fixed amount of sunlight, now almost 40% of the radiation can be converted into electricity.The previous record for this type of solar panel material was 39.2% efficiency.
There are more types of solar cells around than you might think.The type used here are triple-junction III-V tandem solar cells, commonly deployed in satellites and spacecraft, although they also have great potential on solid ground. 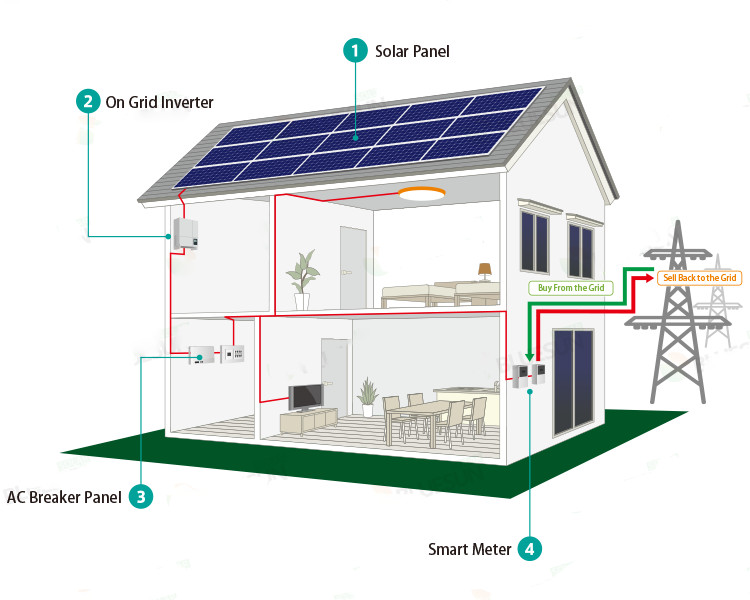 ”The new cells are more efficient and simpler to design, and could be useful for a variety of new applications, such as highly constrained applications or low-emission space applications,” said physicist Myles Steiner of the National Renewable Energy Laboratory. .” NREL) in Colorado.
In terms of solar cell efficiency, the “triple junction” part of the equation is important.Each knot is concentrated in a specific part of the solar spectral range, which means less light is lost and unused.
Efficiency is further improved by using so-called “quantum well” technology.The physics behind them are fairly complex, but the general idea is that the materials are carefully selected and optimized, and as thin as possible.This affects the band gap, the minimum amount of energy required to excite electrons and allow current to flow.
In this case, the three junctions consist of gallium indium phosphide (GaInP), gallium arsenide (GaAs) with some extra quantum well efficiency, and gallium indium arsenide (GaInAs).
”A key factor is that while GaAs is an excellent material and is commonly used in III-V multijunction cells, it doesn’t have the exact bandgap for triple junction cells, which means the photocurrent between the three cells The balance is not optimal,” said NREL physicist Ryan France.
”Here, we have modified the band gap by using quantum wells, while maintaining the excellent material quality, which enables this device and potentially other applications.”
Some of the improvements added in this latest cell include increasing the amount of light absorbed without any corresponding voltage loss.Several other technical tweaks have been made to minimize restrictions.

This is the highest 1-sun efficiency of any solar panel cell on record, although we have seen higher efficiencies from more intense solar radiation.While it will take time for the technology to move from the lab to the actual product, the potential improvements are exciting.
The cells also recorded an impressive 34.2 percent space efficiency, which is what they should achieve when used in orbit.Their weight and resistance to high-energy particles make them particularly suitable for this task.
”As these are the most efficient 1-sun solar cells at the time of writing, these cells also set a new standard for the achievable efficiency of all photovoltaic technologies,” the researchers wrote in their published paper.